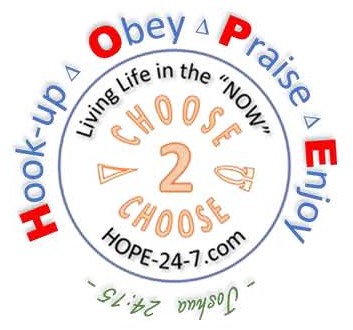 the “World of Pride”!

Satan and God are at war for “your” SOUL:  If you choose to follow Jesus, the spiritual battles in your life “are on”.   It is often said that “If Satan is not fighting with you, you are already his.”  Every follower of Jesus is under attack in some area of their life – and all the time.  Pride-battles are the most difficult to recognize and win.  Jeremiah observed that “The human heart is the most deceitful of all things, and desperately wicked.  Who really knows how bad it is?” (17:9 NLT).  Jesus warned “For false messiahs and false prophets will rise up and perform great signs and wonders so as to deceive, if possible, even God’s chosen ones.” (Matthew 24:24 NLT).   Many believe that the battle of Adam and Eve with the serpent in the Garden of Eden was a “battle of pride” – who would be God? That is, who would make the rules?  On the Advent Card, bulb “13”, Kingdoms of Pride, these battles must be won with the “disciplines” of “Obedience”.  Pride is the third major area of temptations and spiritual warfare Jesus showed us how to win.

Direct Attacks:  Satan was desperate.  This time he chose to challenge Jesus’ person, role, and calling through challenging Jesus’ pride.  Remember, pride in and of itself is a healthy quality of God’s IMAGE.  So this is where Satan thought Jesus might be vulnerable while he was “human”.  There were at least three attacks he tried.  Most pride battles are temptations of thought.

Jesus hurled back a frontal assault – “Get out of here, Satan, …”  Just as powerfully, he again pulled his “trump card of TRUTH”, and declared to the father of lies, “For the Scriptures say, ‘You must worship the Lord your God and serve only him.’”  This pride battle was won!  Jesus had defended the Father’s glory through his “discipline of obedience”.  Satan immediately left, and angels came to help Jesus “Praise” and ‘Enjoy” the victory of HOPE.  Bulbs “19-25” will focus on these amazing benefits of H.O.P.E.  Jesus won battle three, but he knew more would come.

Jesus’ Secret to Temptations of Pride:  Because God gave each soul the power of choosing who will be their God, Satan usually attacks this area head-on through pride.  Even the religious are tempted to serve their own self and rules.  He tries to tell us that surrendering to the Father is a sign of weakness or inadequacy – not so – it is a sign of wisdom.  Making our own rules, and controlling our lives by ourselves, are pride issues.  Satan works directly on our thought life with his lies, confronting God’s TRUTHS.  Note the following terrain Satan creates for the battlefield of pride:

The secret to Jesus’ victory over the battle of pride was his preparation – he knew the TRUTH was found in God’s Word and his victory was in obedience.  True friends rejoice in disciplined obedience.  Harmful friends rejoice in your failures – they discard you when you become like them.  It seems harsh to say, but whenever anyone hides or opposes Truth, they are actually joining forces with Satan!  The Word of TRUTH was Jesus’ secret to surviving direct attacks of pride, and it can be ours as well.

Read Jesus’ and Other’s Messages of HOPE over Pride:

Messages of HOPE over “Pride”:

All Of My Heart

Get Behind Me Satan

Hope of the World

Get Away from Me Satan